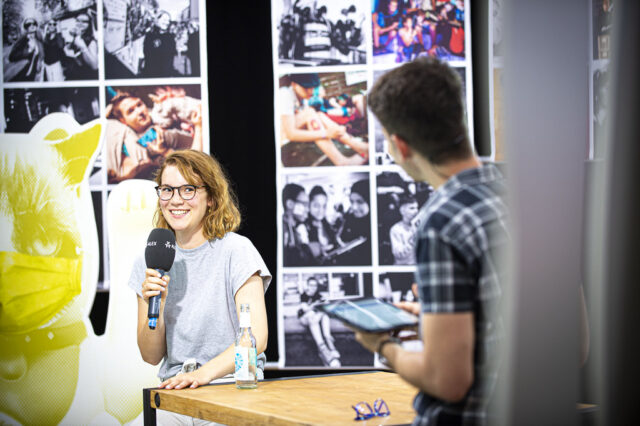 The (Social) Business of Searching the Internet

Angela Plohman is an experienced nonprofit executive and strategic operations professional with a long track record of building and growing nonprofit organizations and programs. She has spent close to two decades playing key leadership roles in the fields of art, culture and open source technology. She joined Mozilla, one of the world’s most recognizable tech-for-good organizations, in 2012.
As Executive Vice President, Angela has been critical in evolving the Mozilla Foundation into an advocacy and education organization; more than doubling the size of the Foundation’s staff and revenue; and leading the growth of its operational infrastructure. Angela also serves as Treasurer and Secretary on the Foundation’s board of directors.
Prior to Mozilla, she was Director of Baltan Laboratories, a laboratory for art and technology based in Eindhoven, the Netherlands. Angela also served in key roles at the European Cultural Foundation in Amsterdam, the Blender Foundation in Amsterdam, and the Daniel Langlois Foundation for Art, Science and Technology in Montreal, among others. She has written and spoken extensively on art and the importance of research and production spaces for artists and professionals working creatively with technology. Angela holds a B.A. from the University of Winnipeg and an M.A. from Concordia University.